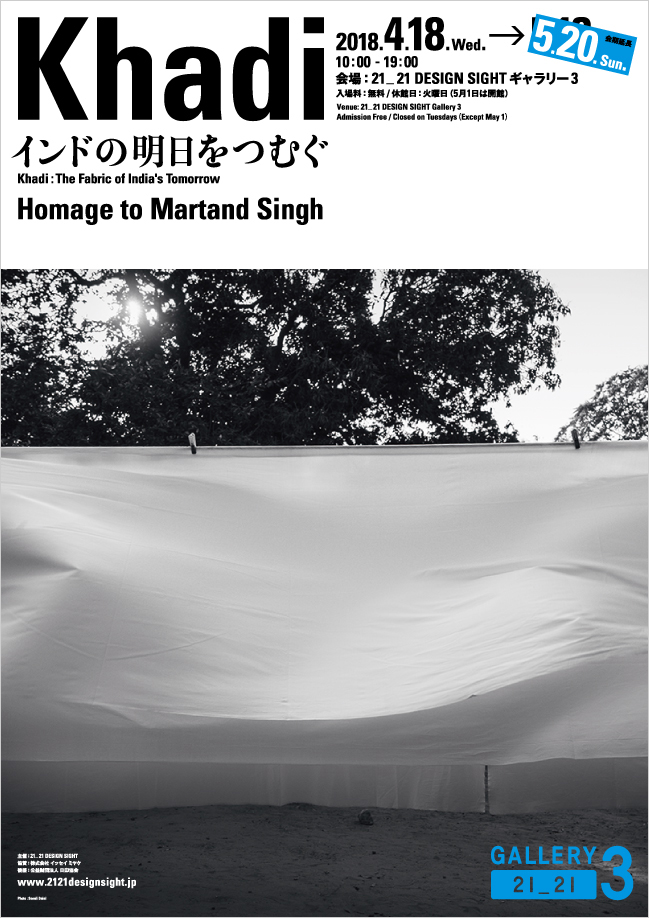 From April 18, 2018 21_21 DESIGN SIGHT presents the exhibition "Khadi: The Fabric of India's Tomorrow - Homage to Martand Singh - " at Gallery 3.
India is a country that continues to cherish today the techniques, history, and culture of handcraft inherited from over the generations, all of which is manifested in its people's simple, beautiful lifestyle and its textiles.
Among the textiles, Khadi is a type of cotton fabric that, despite the emergence of automated mass-production, is still spun and woven by hand in regions across India.
The white of Khadi is expressed in many different weaves, hand-woven one thread after another, and in between the weaves of its beautiful texture reveals India's modern history and philosophy. The spinning wheel on the Flag of India tells India's history of boycotting imported goods, its independence, and the symbol of hope that lies in the future-Khadi.

Martand Singh (1947-2017) is known as an advocate of India's cultural revival, carrying out activities at an extensive scale, one of which was to promote Indian textiles. Singh called Khadi "the fabric of freedom" for the significance it holds regarding India's independence, employment, life and death, and creativity. As his everyday outfit he wore a garment called Kurta made of Khadi, Today Kurta has become a garment suitable for many occasions, where it can be worn as a ceremonial attire and also as pajamas.

Through Singh's efforts, Indian textiles became recognized worldwide. ISSEY MIYAKE has been engaging in collaborations with Singh since the 1980s, producing a series of clothes referred to as "a dialogue with Indian culture". This dialogue continues to the present day, with HaaT, one of ISSEY MIYAKE's brand whose concept and core, focuses on textiles.

This exhibition introduces Khadi as a medium that faithfully expresses the hand of its weavers and the underlying ideas, along with footages filmed on-site in India of the people who formed the backbone of Martand Singh's activities. Please come and experience for yourself the spirit that dwells in India's handcraft. 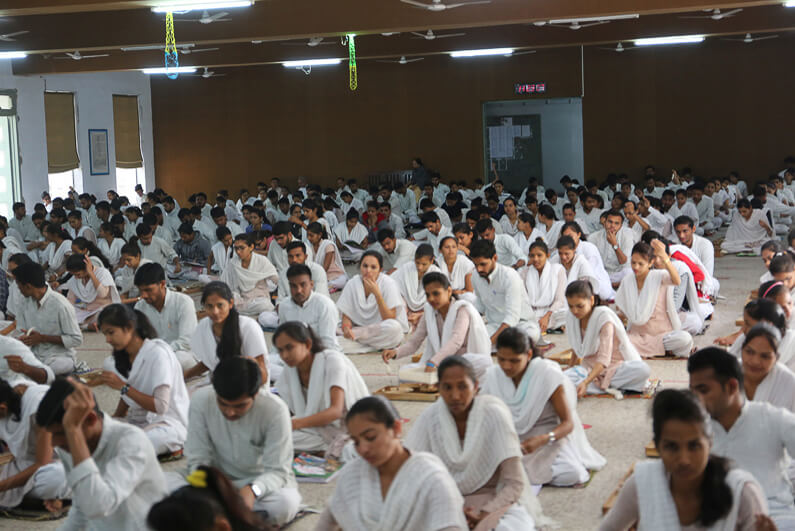 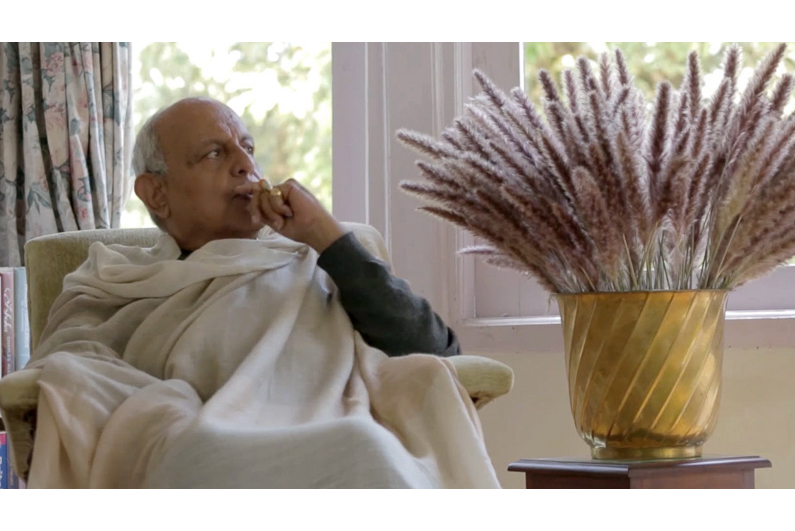 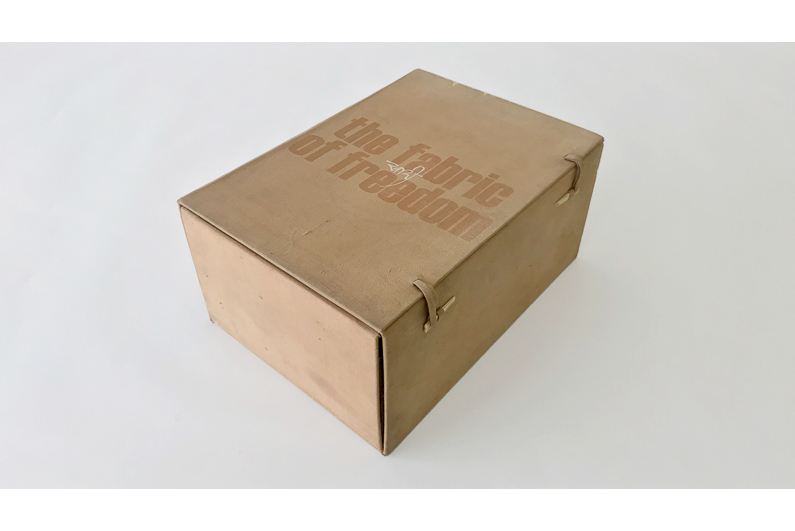 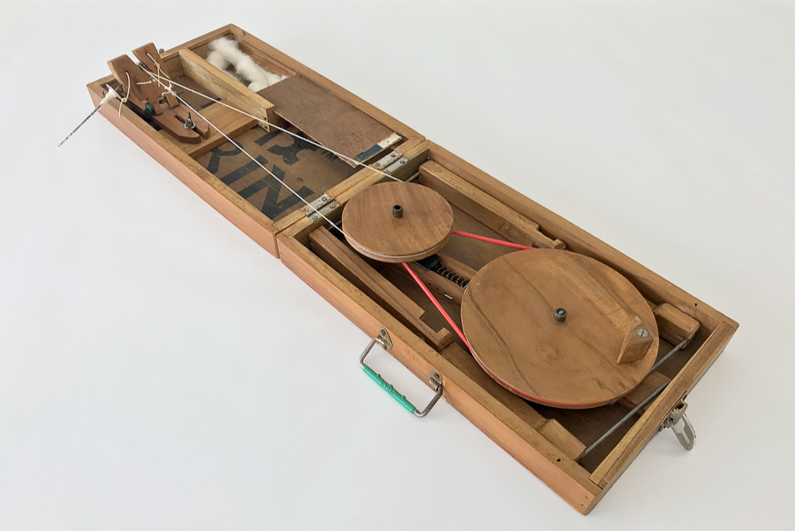 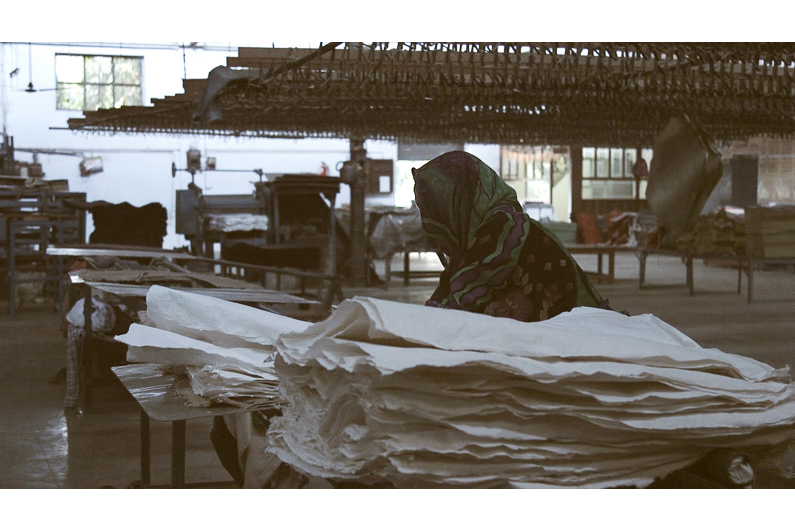 Organized by
21_21 DESIGN SIGHT
Sponsored by
ISSEY MIYAKE INC.
In association with
The Japan-India Association