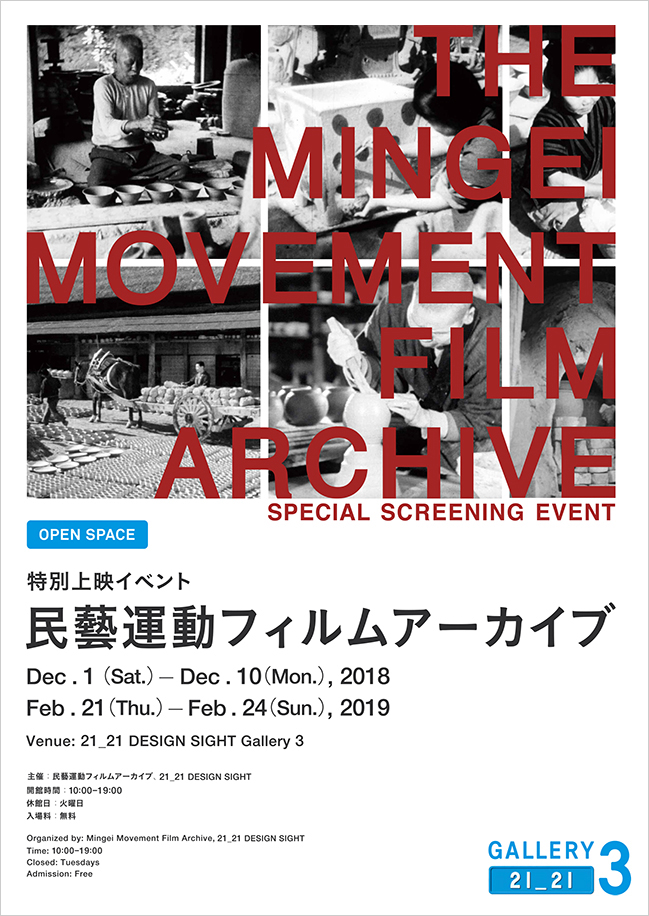 "Mingei Movement Film Archive Special Screening Event" will be held in Gallery 3, during the exhibition period of "MINGEI - Another Kind of Art."
Canadian Film Producer and Director Marty Gross has collected films on crafts for over 40 years. In the Mingei Movement Film Archive Project, he is restoring and enhancing films from 1925 - 1970 on pottery-making in Japan, Korea, England and the United States. This project began in 1975 when British potter Bernard Leach gave Marty Gross the 16mm films he had made while visiting Japan and Korea in 1934 - 35.
"Making Objects for Daily Use," "Potters at work" and "From Digging the Clay to Shipping the Finished Works" will be screened from the archive.