Only on Christo's drawings first and in real life afterwards, with the final realization in Paris of "L'Arc de Triomphe, Wrapped," a world famous monument is wrapped with fabric and rope drawing the attention of millions of visitors, showing the public's love and respect for the two artists and their work: "Dear" Christo and Jeanne-Claude.

Over decades, their charisma and their unique creativity of the projects have continued to attract more and more fans, supporters and collaborators, who helped them to achieve their monumental temporary projects. Many became friends and brought exemplary skills to increasingly sophisticated operations, like Wolfgang Volz, the author of many of the photographs shown in the exhibition, and who has been documenting Christo and Jeanne-Claude's life and works for more than fifty years. They are the strong 'Working Family' behind those challenging projects which involved both wild landscapes and cityscapes, water and desert, burning sun or blowing snow.

The spectacular achievements, the scale of the work, the joy of the public in receiving these "gifts" from the artists. We can understand and learn perseverance and talent, relentlessly setting and achieving high goals.

This exhibition is about a Parisian story: Paris is where Christo met Jeanne-Claude and where they became a creative Avantgarde duo in the sixties. After their first project for Paris, "Wall of Oil Barrels—The Iron Curtain," built in rue Visconti in 1962, they returned to Paris in 1985 with a major project, "The Pont Neuf Wrapped." The final realization of "L'Arc de Triomphe, Wrapped" is the perfect culmination of their life and career.

Christo and Jeanne-Claude had a project for the Arc de Triomphe, as early as 1961. Twelve large avenues converge to the spectacular spot, including the famous Champs-Elysées. It became reality sixty years later.

The long realization process consists of three steps: Preparation, Installation and Exhibition. The close collaboration between engineers, officials, contractors, manufacturers and professionals of all kinds provided solutions to make the artists' vision come true: wrapping for 16 days the iconic monument at the center of the busiest roundabout in Paris.

Originally scheduled to open in 2020, it was finally realized in 2021, by Christo and Jeanne-Claude's "Dear team" led by Vladimir Yavachev, Christo's nephew.

The exhibition at 21_21 DESIGN SIGHT is about their fantastic work and how much Paris loved it! 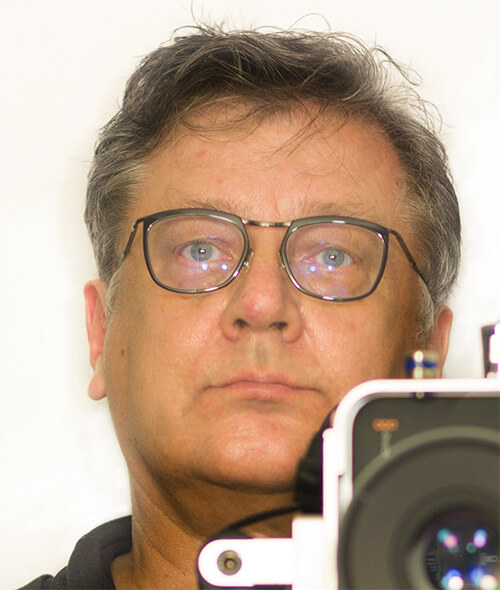 Film Director, Designer and Producer.
Associate of pHstudio (Tokyo) since 1996.
Born in Belgium. Has lived in Paris since 1977 and in Tokyo since 2002.
Started his career in the feature film industry at age of 19, in Paris and in Canada. Has directed and produced hundreds of works in live action, computer graphics and animation; his films include commercials, music video, opera extracts, entertainment rides, contemporary art, architecture, world expo, folktales series and science.
Collaborated with Miyake Design Studio from 1998 until today: Films, Animations, Expos, Design for products, books and logos. Participated in the exhibitions at 21_21 DESIGN SIGHT, such as "Bulls Eye Special 2008" (2008), "REALITY LAB" (2010), "Irving Penn and Issey Miyake: Visual Dialogue" (2011) and others.
Won Golden Nica, Ars Electronica 1993.
Some works: Planetarium films for Miraikan and Imax film of the French Pavilion, at Seville expo'92, Collaboration with IMAX Space Team, Toronto, Concept Design for Animated series (Japan/USA) 2019 - 2021, Co-directed books of Sculpture.