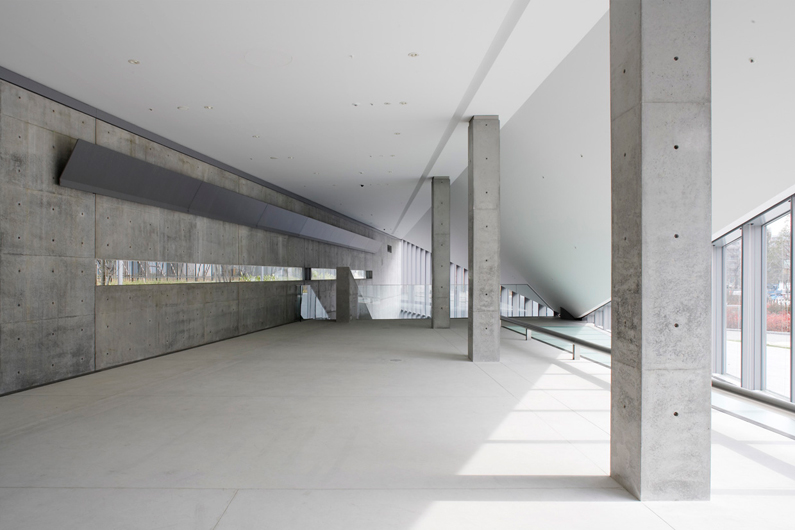 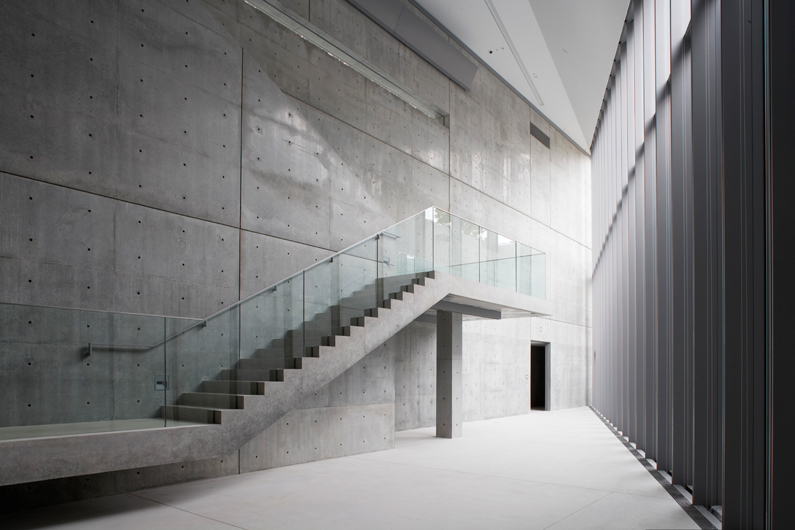 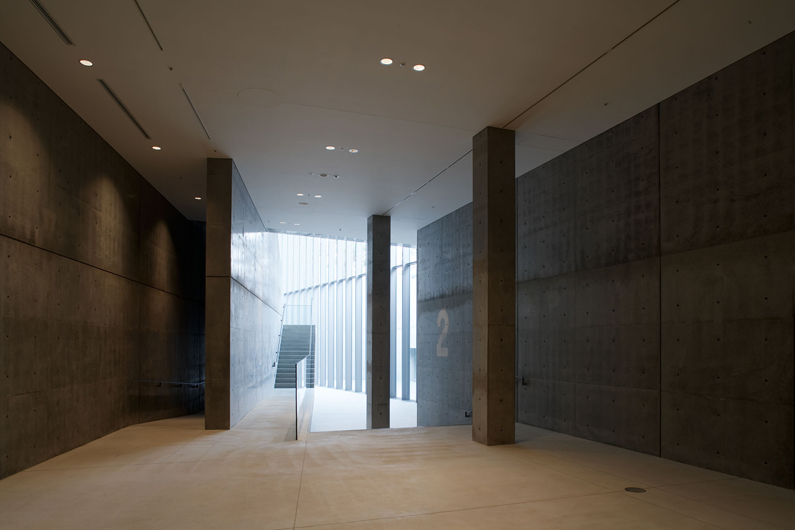 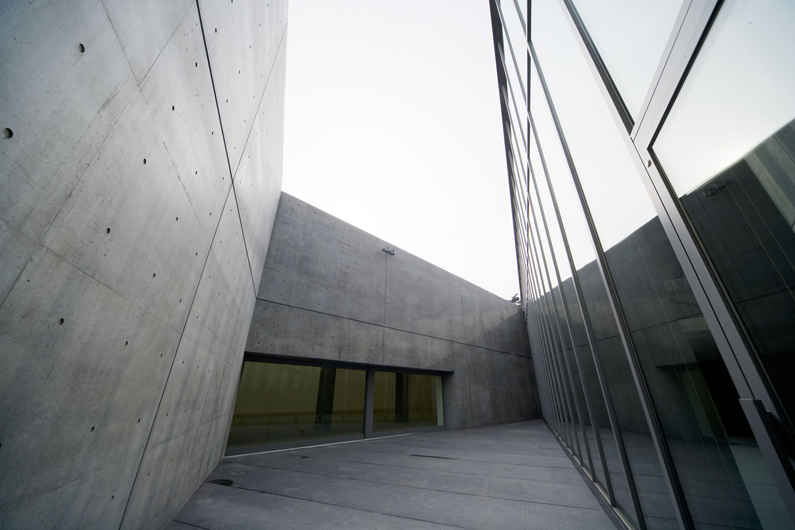 The building is a low-rise structure consisting of one ground floor and one underground floor. Most of the volume of the building, which has a unique form featuring a roof made from giant steel plates that slope gently down to the ground, is buried underground. Once inside, the space opens out on a scale unimaginable given the building's unobtrusive exterior. The ground floor houses Gallery 3 and shop space, while the underground floor houses two galleries and a naturally lit sunken court. The building was designed by architect Tadao Ando. Highlighting Issey Miyake's concept in clothing design of "A Piece of Cloth," Ando devised the idea for the roof as one sheet of folded steel. In addition to the roof, the building incorporates Japan's world-leding technology such as the longest sheet of double-glazed glass in Japan.

Building inspired by "A Piece of Cloth"

21_21 DESIGN SIGHT is situated on a land surrounded by open public space. Our aim was to design a structure asserting itself as a design museum without disturbing the ambience of the natural environment surrounding it. In order to achieve this, we decided to place 80% of the floor space of the museum underground. We wanted to erect a building that would be embraced by the cedar trees standing side by side at the back of the site.
The building's feature, "A Piece of Iron Sheet" came after Mr. Issey Miyake's well known "A Piece of Cloth." It was easy to propose the concept and draw up the architectural design accordingly; however, it was assumed that constructing the image in reality would be a completely different matter. Indeed, it required highly advanced techniques to process the 54 meter-long plate of steel used as the roof. This project would not have succeeded without the skills and techniques offered by all the craftsmen involved in its construction. People on the site bravely tackled the difficulties inherent in accommodating the requirements of the design without any compromise. I was once again amazed by them, only to realize how advanced Japanese construction techniques were.
The details of the building inside and out were taking shape while at the same time design discussions continued with the on-site staff through to the completion of the project. You can feel the passion of the creators and the pride of the craftsmen in the stairs, the hand rails, the ceiling - everywhere in the museum.
Japan has so far produced many world-class designs in various areas including architecture, furnitures, cars, and fashion. 21_21 DESIGN SIGHT is a project proposed by a group of collaborators including Issey Miyake with an aim to promote our design culture as one of the aspects of modern Japan, the economic giant, This venue was planned to become a new cultural hub for the 21st century, situated within the newly born cultural town, Tokyo Midtown, driven by the power of design to enrich our daily lives. I hope it will act as a center to inspire even higher levels of designs and spread them around the world. And of course, facilities will not be serving their purposes without the people who come and use them. I hope that more and more young people will visit here, experience design and inspire themselves so that they will contribute to raise the level of Japanese culture in the future.

Born in Osaka in 1941. Self-educated in architecture, he established Tadao Ando Architect & Associates in 1969. Major projects include the Church of the Light, the Armani Teatro, the Modern Art Museum of Fort Worth, the Chichu Art Museum, Punta della Dogana, Clark Art Institute. He also wrote "Kenchiku wo kataru," "Rensen renpai" etc. Among the many awards he has received are the Pritzker Architecture Prize in 1995 and the Ordre des Arts et des Lettres (Commandeur) in 2013. He became a professor emeritus for Tokyo University in 2003. 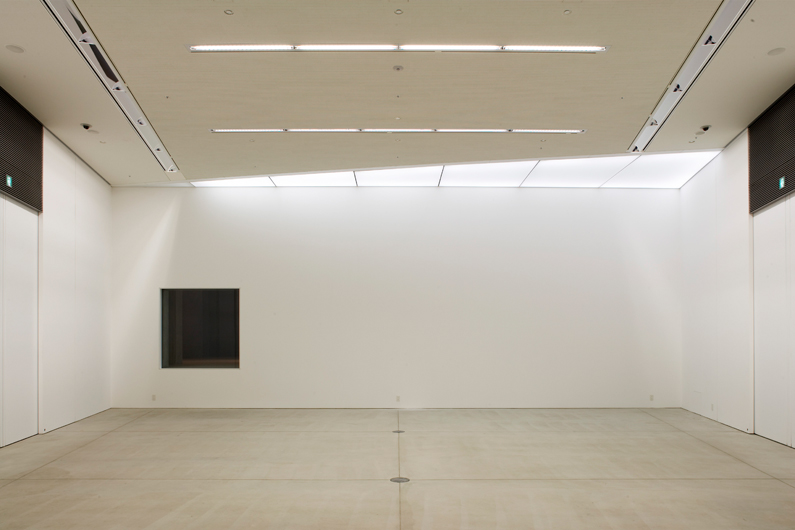 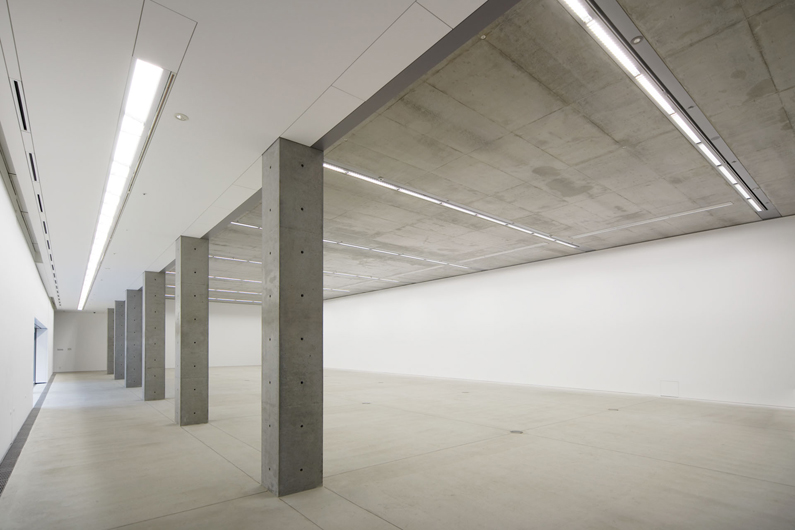 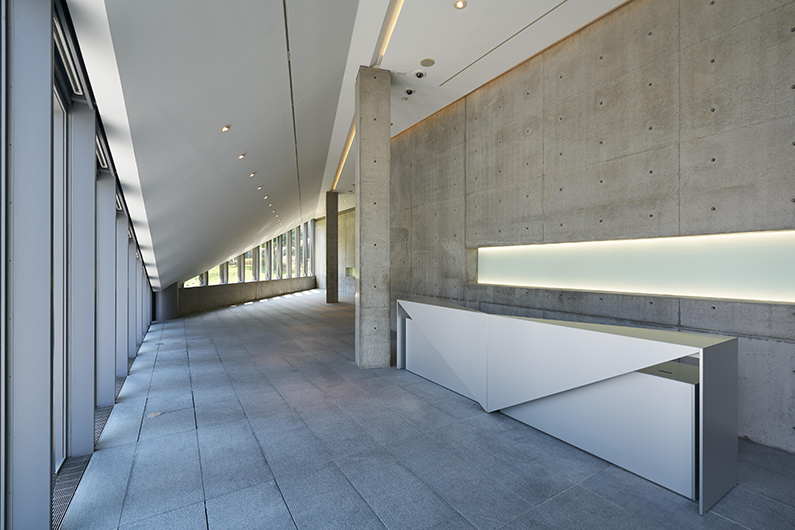